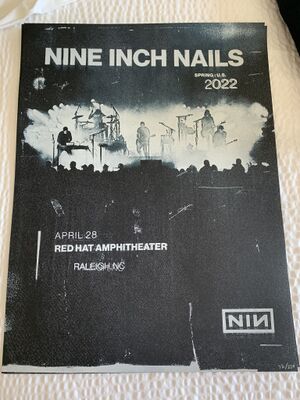 Limited-edition poster for this concert
[1]

Nine Inch Nails performed in Raleigh, North Carolina at Red Hat Amphitheater on April 28, 2022 as part of the NIN 2022 tour. Boy Harsher was the opening act.

You may include links to concert reviews and other articles about the concert. YouTube links are welcome as long as they have been uploaded by the person who recorded the video.