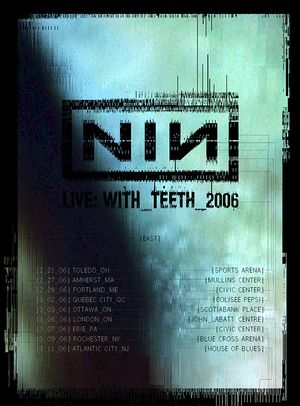 Nine Inch Nails played at the Mullins Center in Amherst, Massachusetts, on March 10, 2006 as part of the With Teeth Spring Arena Tour. Saul Williams was the opening act.

This concert was initially scheduled for February 27, 2006, but was postponed to this date because Trent Reznor was sick with the 'flu.