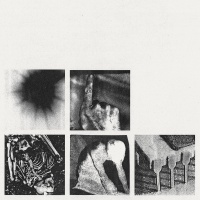 Not The Actual Events, Add Violence and Bad Witch form a trilogy of related pieces, respectively released in 2016, 2017 and 2018. The NIN 2017-2018 touring cycle took place to support it. This period marks the inclusion of Atticus Ross as an official member of Nine Inch Nails, as well as a member of the live band during the tours.

In an interview with Lizzy Goodman posted on nin.com, Trent Reznor explains the trilogy’s concept in detail:

But to be clear, the record isn’t about Trump, it’s about making sense of the world. The first record, Not the Actual Events, was more of an internal fantasy of what if I lit a match to my life and just embraced burning the whole fucking thing down. You know? All of this is an illusion and I really should be dead or lying in a ditch somewhere. Who I really am is an addict that self-destructs. That’s my true nature and this is an illusion and some borrowed time. It wasn’t a pleasant thing, but it felt like, that’s a story to tell. And if felt like something I needed to internally process.

By the time we got to the third one, we had an idea in mind but it felt … rehearsed. Predictable. In the end, what felt true was to say that we as a society and as a species are probably an accident, a mutation. Really what we are is fucking animals. And the illusion was enlightenment. The more we’ve connected with each other the dumber we’ve gotten and the more we decide we want to kill each other. We’re not some elevated transcendent beings, we’re bacteria in a jar. I wanted the art direction of Bad Witch to feel like shadows on a cave wall and we’re trying to figure out what it is and really there’s no nice, clean, safe scientific explanation. We’re just an accident. String theory and quantum physics is a fucking trick. And we’re not going to suddenly elevate ourselves into transcendent beings. We’re kidding ourselves. I know this will be an unsatisfying conclusion for some people. It isn’t what they want. They want it to be full matrix virtual reality, and this is the opposite of that, this is dirt and a broken computer chip and everything you believe in is really just bullshit.

Additional lyrics for "This Isn't The Place", printed on the physical component of Add Violence, are a direct quote from "The Great Below", with the line "I can still feel you, even so far away". Reznor stated that "This Isn't The Place" is about David Bowie during a concert. It can be speculated that this line relates to mourning in both case.

Add Violence is in part a continuation of the Year Zero story and its ARG, with elements appearing on the front cover and the back cover of the album ("SIMULATION ON", "PRESENCE", "2022", etc), in the music video for "This Isn't The Place" (appearance of a "Cedocore" box), and on the physical component. They are all linked together with multiple variations of the panel, mentions referencing the concept of The Trilogy, the physical component appearing itself in the music video, etc.

It should also be noted that the physical component for Add Violence has the number "24.0.00" on the front which harkens back to the "24.xx.yy" number patterns used throughout the ARG for Year Zero.

The first two EPs came with "Physical components", optionally purchased items that were something to physically interact with. For Not The Actual Events, a sealed black envelope of artwork and lyric sheets was available, filled with black makeup powder. For Add Violence, a booklet printed in the style of a manual was made, containing artwork, lyrics and stickers. Bad Witch did not have a component, but it's speculated by fans that the act of having to physically queue in the US for tickets, for the accompanying tour, was the physical component for this release.

The trilogy was supported by a back-to-basics touring cycle that mainly visited North America. The main leg of the tour, called Cold And Black And Infinite and supported by The Jesus and Mary Chain, took place in 2018. The shows saw an incredible variety in the setlists and also some unexpected live song premieres, such as "And All That Could Have Been" and "The Perfect Drug".

All songs from the trilogy have been played live except "The Idea Of You", "Not Anymore", "Play The Goddamned Part", and "I'm Not From This World".