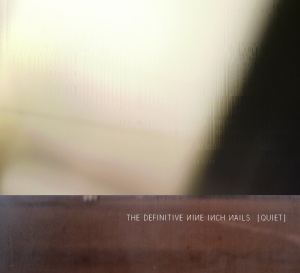 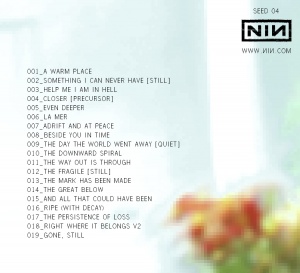 The original collection contained this info:

A compilation album featuring 19 of NIN's quieter songs and instrumentals. A good way to get acquainted with a side of the band many people are unfamiliar with. This is the third release in a three-piece "Best Of" collection.

The track listing was altered when it was added to the nin:access iPhone app and the "Listen" section of nin.com, and altered again each time as it was added to the official NIN SoundCloud account, Trent Reznor's official Spotify account and the official NIN Beats Music account before it was absorbed by Apple Music. The SoundCloud and Spotify track listings have changed and evolved many times and continue to do so.

This version retained the torrent track listing and also added the following as tracks 20-27: