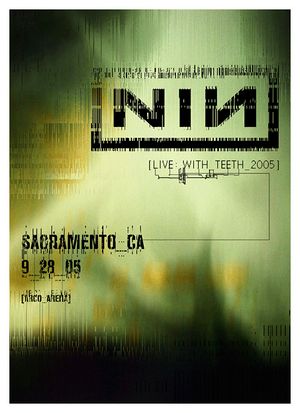 The live performance on September 28th, 2005, took place at the Arco Arena in Sacramento, California as part of the With Teeth Fall Arena Tour, with Queens Of The Stone Age and Autolux opening the show.

That night, after the show, Trent Reznor updated the "TR" section of nin.com with the following post: