The Definitive NIN - The Singles 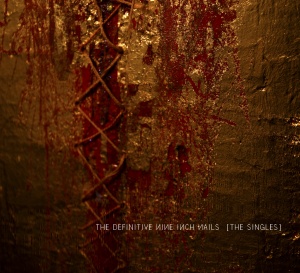 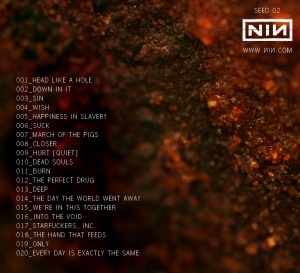 The Definitive NIN - The Singles is the first part of "The Definitive NIN", a collection of Nine Inch Nails' greatest hits. It was released via BitTorrent in 2005. It is labeled as SEED 02. Many of the tracks were never actually released as singles. The artwork contained in the torrent features photos of the artwork from Closure.

The original collection contained this info:

A compilation album featuring 20 of NIN's singles spanning their entire 18 year history. A good way for new fans or those unfamiliar with NIN to get acquainted with some of the highlights from the band's large body of work. Two more releases in this series will feature other aspects of NIN, creating a three-piece "Best Of" collection.

The track listing was altered when it was added to the nin:access iPhone app and the "Listen" section of nin.com, and altered again each time as it was added to the official NIN SoundCloud account, Trent Reznor's official Spotify account and the official NIN Beats Music account before it was absorbed by Apple Music. The SoundCloud and Spotify track listings have changed and evolved many times and continue to do so.

This version retained the torrent track listing and also added the following as tracks 21-26: