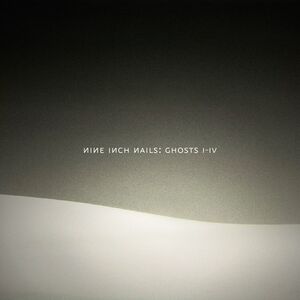 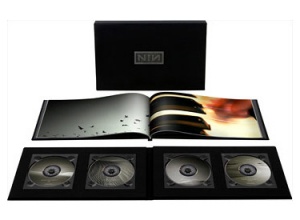 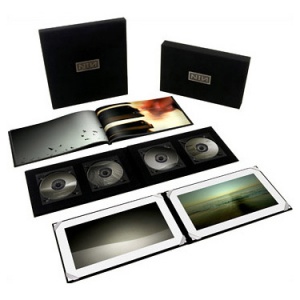 Deluxe and limited edition versions were sold through nin.com. Initial response was very positive, with heavy traffic causing servers to crash and all limited edition copies being sold in just over a day. Numerous tracks from this album were used in the television docuseries The Vietnam War, which was also scored by Reznor and Atticus Ross. On March 26, 2020 two more volumes of the Ghosts series were released unannounced for free during the #STAYHOME initiative in the wake of COVID-19 isolation due to viral outbreak worldwide.

The pricing of the releases, as listed on ghosts.nin.com, was as follows:

Note: the vinyl version was never sold on the site.

Intended as a visual aesthetic to accompany Ghosts I–IV, a 40 page PDF is included with all of the official digital releases from nin.com. Each page is dedicated to a track and serves as the album's credits. The PDF contains photography by Phillip Graybill and Rob Sheridan highlighting the recording process as well as the outside world. The Deluxe and Ultra-Deluxe Limited Edition of Ghosts I–IV feature a hardcover booklet in a fabric slipcase. When purchasing the album in MP3 or Apple Lossless formats through nin.com, each track is embedded with unique track art that differs from the photograph in the PDF. While some of the images appear to be cropped from the larger PDF, most of the images are noticeably different.

NIN's PR firm, Nasty Little Man, announced that "barely a day after going on sale, the $300 Ultra-Deluxe Limited Edition of Nine Inch Nails’ Ghosts I-IV has completely sold out" and Ghosts I–IV was at #1 at the Amazon mp3 store. On March 12, it was reported by various sites that nin.com had amassed a first week total of 781,917 transactions (including free and paid downloads as well as orders for physical product), resulting in a take of $1,619,420 USD. [7] Reznor expressed his pleasant surprise over the response in a post on nin.com that read: "We are all amazed at the reaction for what we assumed would be a quiet curiosity in the NIN catalog. My faith in all of you has been restored - let's all go have coffee somewhere (my treat)!"